Nowadays, Christianity is the major religion of the Russian Federation and on July 28 every year Russia celebrates the anniversary of a fundamental landmark in its history: the Baptism of Rus (Крещение Руси). It refers to the Christianization of Kievan Rus, conventionally set in the year 988, when Vladimir the Great was baptized in Chersonesus and proceeded to baptize his family and people in Kiev.

Since the Christianization took place in several stages across decades and the exact date of the first official massive Christianization is unknown, the Church decide to institute this holiday on the Day of St. Vladimir, whose acts made Christianity a fundamental part of the Russia’s identity.

According to the Russian Primary Chronicle, a compilation of writings that are the principle source of the history of the eastern Slavs up to the early 20th century, Kiev was Christian as early as mid 10th century, although the ruling princes continued following pagan customs.
The Chronicle describes the actions in the mid tenth century of the ruling prince of Kiev, Princess Olga of Kiev, who visited Constantinople with a priest Gregory. While it is unclear when and where she was baptized, she became an Orthodox Christian and attempted to convert her son, Svyatoslav. However, he remained a pagan until his death in 972. When his first son and successor, Yaropolk I, died in 980, his second son Vladimir ascended as the ruling prince. 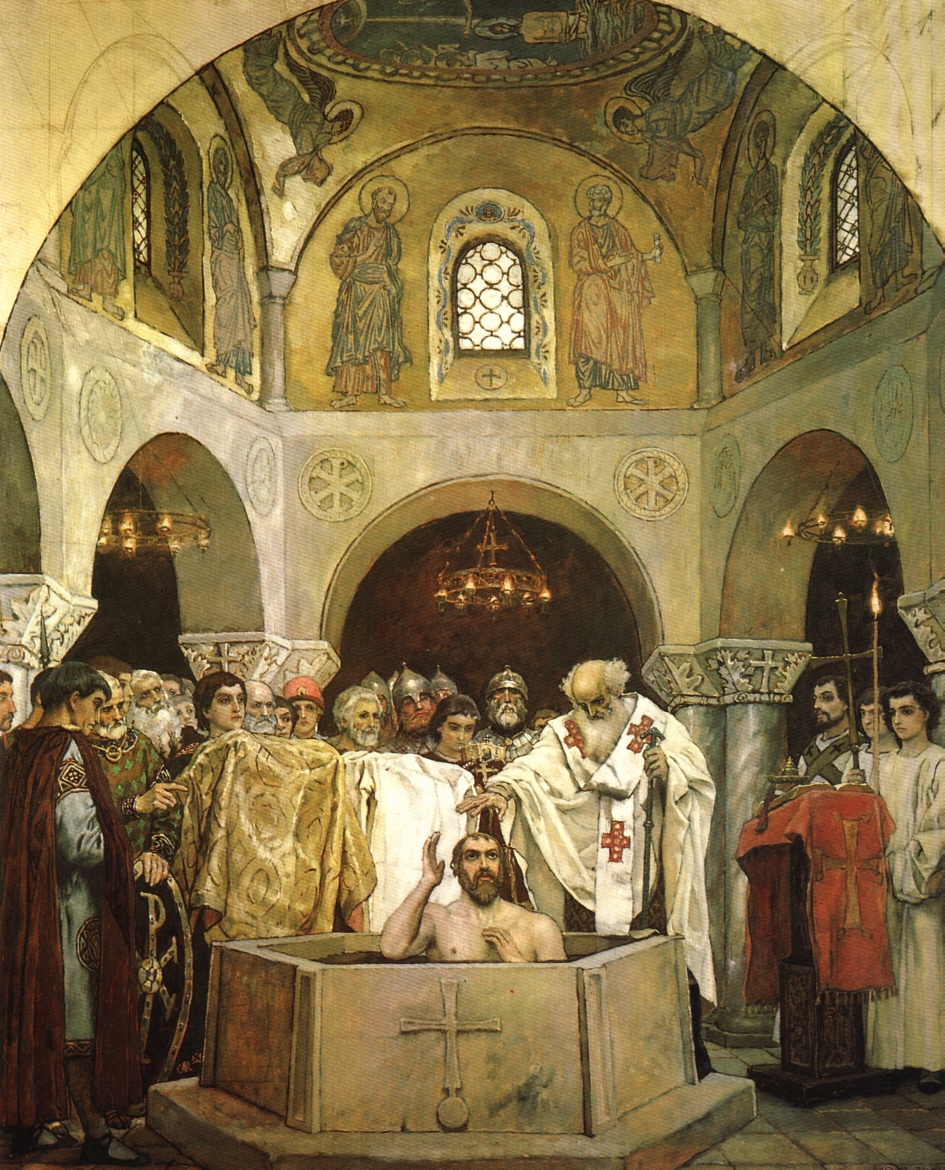 Vladimir tried to lead a pagan reaction to Christianization efforts in vain before realizing he needed to embrace the new religion. Therefore, he was baptized with the Christian name Basil and then called the people of Kiev to receive baptism in the Dnieper River. First, Vladimir’s twelve sons and many boyars were baptized. Then, the next day all the residents of Kiev were called to the river, where the Orthodox priests completed the sacrament of baptism. In the following days the ceremony was observed throughout the realm of Vladimir, Grand Prince of Kiev and Novgorod.
These events went down in history as the iconic Baptism of Rus, by which Vladimir signaled the acceptance of Orthodox Christianity as his state religion. 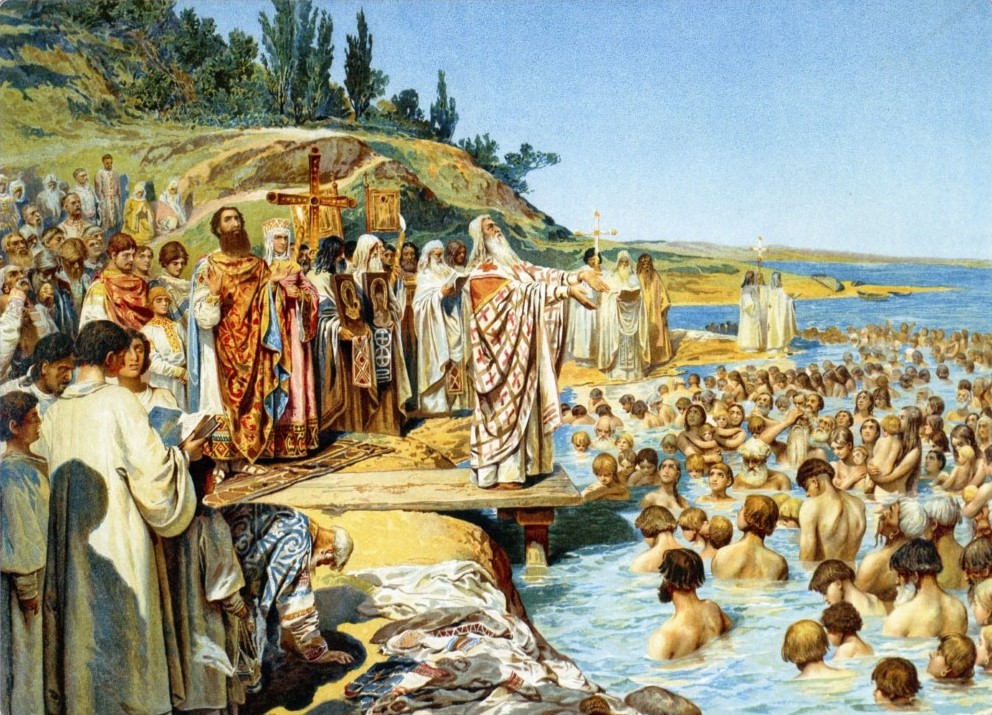 In 1988 the Orthodox Church celebrated a millennium of Eastern Slavic Christianity with great celebrations in Moscow. In honor of this important milestone, the Church of the Holy Trinity at the Borisovo Ponds was built in South Moscow, although it was not completed until 2004. 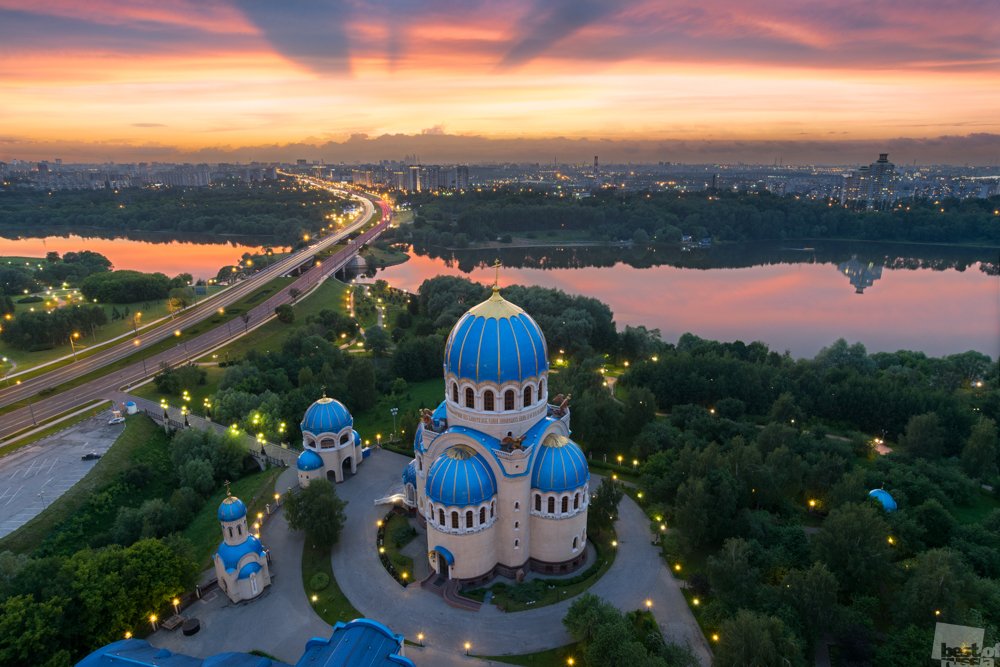