The Evolution of Russian: Union and Federation

Have you ever wondered where Russian language came from? Have you ever looked at its strange, unfamiliar words and its strange, unfamiliar letters and thought, “why is Russian so weird?”. In this three part blog series we’ll be trying to answer exactly that question by looking at the origins of spoken Russian and its writing system and how they have both changed and been reformed over time.
In this, the third and final post in our three part series, we’ll be looking at the sweeping changes the Bolsheviks made to written Russian after their rise to power, the effect that Soviet Rule had on everyday speech and accents, as well as the linguistic effects of the Soviet collapse.

The Evolution of Russian: Empire 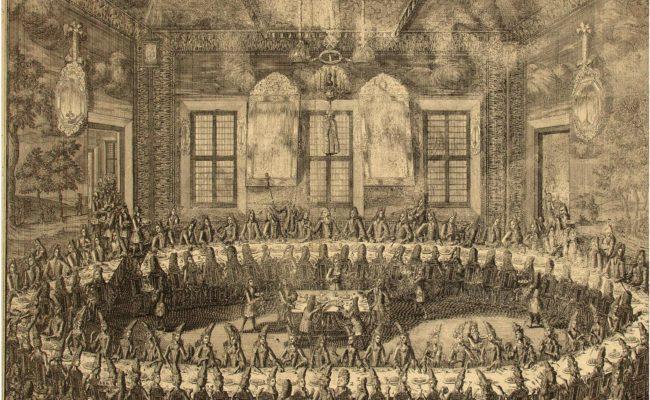 Have you ever wondered where Russian language came from? Have you ever looked at its strange, unfamiliar words and its strange, unfamiliar letters and thought, “why is Russian so weird?”. In this three part blog series we’ll be trying to answer exactly that question by looking at the origins of spoken Russian and its writing system and how they have both changed and been reformed over time.
In this, the second of our three part blog series, we’ll be looking at how modern Russian was born and how it replaced Church Slavonic as the main written language in Russia, as well as how the country’s most ambitious reformer, Peter the Great, left his mark on his people’s language.

I really had a great experience in Derzhavin Institute, very friendly atmosphere, very very good teachers, pacient and cheerful, very well trained in teaching and also nice activities that you can join in the afternoon. was still there and already thinking about coming back the next year even if winter time looked a little « scary » to me.

At the end of my third week I could speak much better and I could finnally feel that something in russian grammar was defenitly learned after many attempts.I would also suggest the « low season » because there is less students and you get more attention, and SPB in winter is difficult but also charming…


What if you are a beginner and cannot join us on the abovementioned dates?