Internationally, it is of little significance, but in Russia it is a national holiday.

The Russians commemorate the popular uprising which expelled Polish-Lithuanian occupational forces from Moscow in November 1612, and it was also during this time that Time of Troubles ended and it was also the turning point of the Polish-Muscovite War (1605-1618). Unity Day (also called Day of People’s Unity or National Unity Day; Russia: День народного единства, Denʹ narodnava yedinstva) is a national holiday in Russia held on November 4 (October 22, Old style). 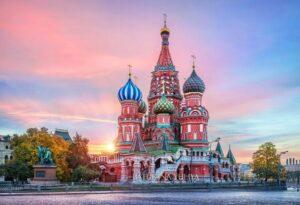 The name of the national holiday alludes to the ideology that all classes of Russian society should remain united to preserve Russian statehood when there is neither a tsar nor a patriarch to guide them. In 1613, tsar Mikhail Romanov instituted a holiday named Day of Moscow’s Liberation from Polish Invaders. It was celebrated until 1917, when it was replaced with the commemoration of the Russian Revolution. Unity Day was reinstituted by the Russian Federation in 2005, when the events of the year 1612 have been celebrated instead of those of 1917 every November 4 since.

Monuments devoted to Minin and Pozharsky, Our Lady of Kazan icon and the Russian flag are the most common symbols of Unity Day in Russia.

As the holiday is also the feast of the Russian Orthodox icon of Our Lady of Kazan, Russian Orthodox Christians usually attend a church service to honour and celebrate Our Lady of Kazan, one of the most prominent Russian Orthodox icons. The service usually concludes with a procession. Many politicians, public and religious figures will utilise this occasion to stress the need for unity of all ethnic and religious groups in their respective televised addresses. Concerts and exhibitions are also common on this holiday.

To summarise, Unity Day is a reminder of existing tolerance between various ethnic and religious groups in Russia. However, the holiday’s purpose has been forgotten at times. Ultranationalists may organise demonstrations on this day, and many others see it as a day off. However, all is not lost as the true purpose behind the holiday has trickled forth to this generation. As long as the tradition to celebrate Unity Day in Russia remains, it will always serve as a reminder of what tolerance and triumph can help a state achieve in trying times.