Dostoevsky and the temples in his life

Today we celebrate Dostoevsky day in Russia. The theme of religion runs through all the writer’s works.

Dostoevsky was brought up in a religious family that revered the rites of the Church. So, religion, inclufing visiting different churches was always a part of his life. What churches are connected with his name?

The Trinity Lavra of St. Sergius. 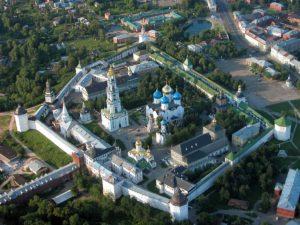 The Trinity Cathedral
In this Church in 1867, Fyodor Mikhailovich married Anna Grigorievna. Dostoevsky met his future wife in 1866. Anna Snitkina was a stenographer, and the novel “the Gambler” was written by her under the dictation of Dostoevsky. After a few days of work, the writer saw a kindred spirit in the young woman. He was able to trust her heart’s secrets and get support and understanding. The marriage was very happy.
He wrote about this period of his life:
«Тот, кто желает увидеть живого Бога, пусть ищет его не в пустом небосводе собственного разума, но в человеческой любви». 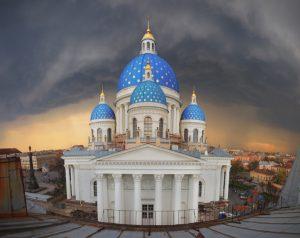 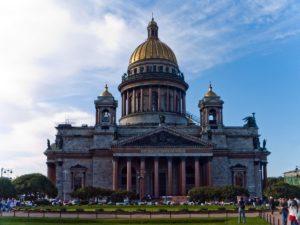 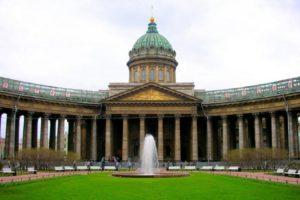 Optina Monastery (near Kozelsk, under Moscow)
Dostoevsky found it difficult to accept the death of his 3-year-old son Alyosha. Therefore, in July 1878, he went to the Optina Pustyn. He spent two days in the monastery and met the elders. The theme of grief for a dead child is reflected in the novel ” The Brothers Karamazov”. 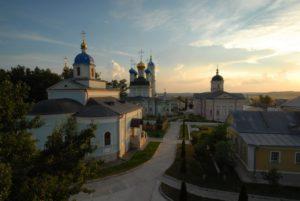 Our Lady of Vladimir Church
The writer visited this cathedral during the last years of his life. The Church was located next to his house that now accommodates the Dostoevsky Museum. 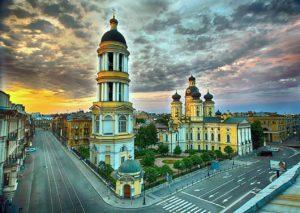