So… you’re spending some time in Saint Petersburg, you didn’t know today was the International Friendship Day and now you have no idea where to take your best friends for a special afternoon? Don’t worry, keep reading and you’ll find the answer to all your problems in this article!

Despite a World Friendship Day being first proposed all the way back in 1958, the General Assembly of the United Nations formerly declared July 30 as the International Friendship Day only in 2011.
If you come from any European or North American country, you have probably never officially celebrated it, as it has been almost exclusively adopted in Asian and Latin American countries, where it has been kept alive for generations.

But if you happen to be in Saint Petersburg during this joyful day and you want to do something special to celebrate it with your newest, oldest or Russian friends, there are a couple of perfect spots to honor your friendship.

The Chinese Garden of Friendship

It is one of the hidden gems of Saint Petersburg, where locals often come to rest from the bustle of the city. The garden, opened in May 2003 in honor of the city’s 300-year anniversary, was a gift from Shanghai, Saint Petersburg’s sister city. It is small copy of the Yu Yuan Garden (Garden of Joy) in Shanghai. Here you can see the Wall of the Nine Dragons, enjoy a tea ceremony in the Pagoda of Friendship or simply relax and admire the beautiful plants and marvelous stones that have been brought here directly from China. 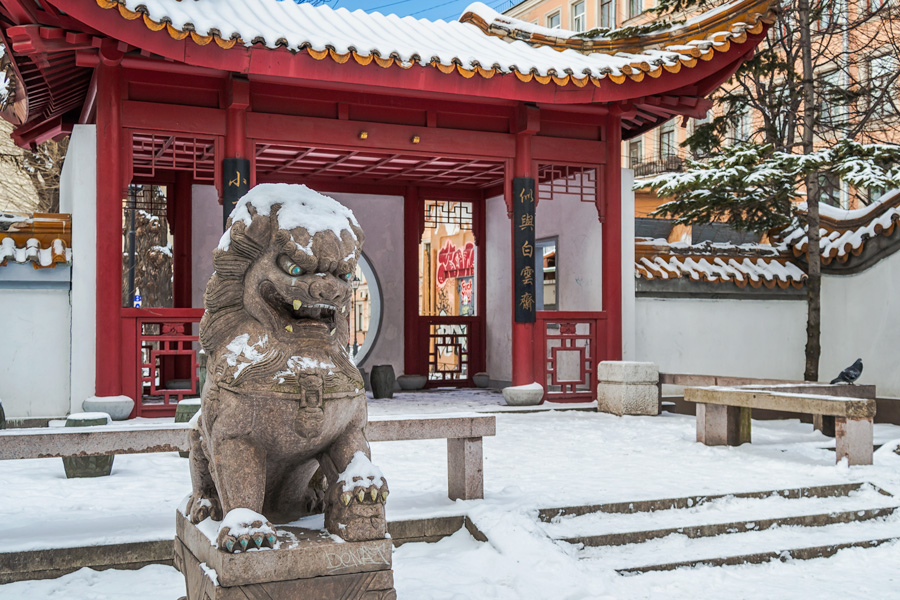 The Temple of Friendship in Pavlovsk Park

This magnificent pavilion was designed by the Scottish architect Charles Cameron in 1782 as one of the main features of the Pavlovsk Park, which surrounds the imperial residence Pavlovsk Palace.
The park was conceived as a classic English landscape garden, with the River Slavyanovka and the winding paths along its banks creating a picturesque harmony of architecture and nature.
Situated on a small island naturally formed in the bend of the river, the classical temple is built in the form of a rotunda surrounded by a ring of sixteen Doric columns and the structure is covered by a flat dome with a roof lantern. A stucco frieze runs all-round above the columns, alternating images of dolphins as the symbols of friendship with wreaths of roses as the symbols of love and myrtle with olives as the symbols of glory and honor.