This weekend was the first of many that I will be spending in Saint Petersburg during my three month stay at the Derzhavin institute. Due to the torrential rain which had been assailing the city all week, I had less of a chance than I would have liked for sightseeing. With relatively good weather forecast for the weekend I was determined to make up for lost time….

Having spent my last visit here in nearly perpetual blazing sunlight, the sight of St Petersburg in the rain is a little strange for me. Even when the skies are filled with clouds the city`s beauty is still apparent, but without sunshine and the multitudes of people that come with it, its usual vibrancy seemed somewhat dulled. By Friday much of the worse was over, but with a few greyish clouds still hanging in the air it was still a perfect time for art.

Enter Pushkinskaya 10. Now this isn`t your average art gallery. For a start, rather than being located in a gilded palace or stately museum, the exhibits of Pushkinskaya 10 can be found within the erratically decorated hallways and interiors of several old apartment blocks, which themselves can only be accessed through a courtyard brought to life by a generous covering of graffiti art. 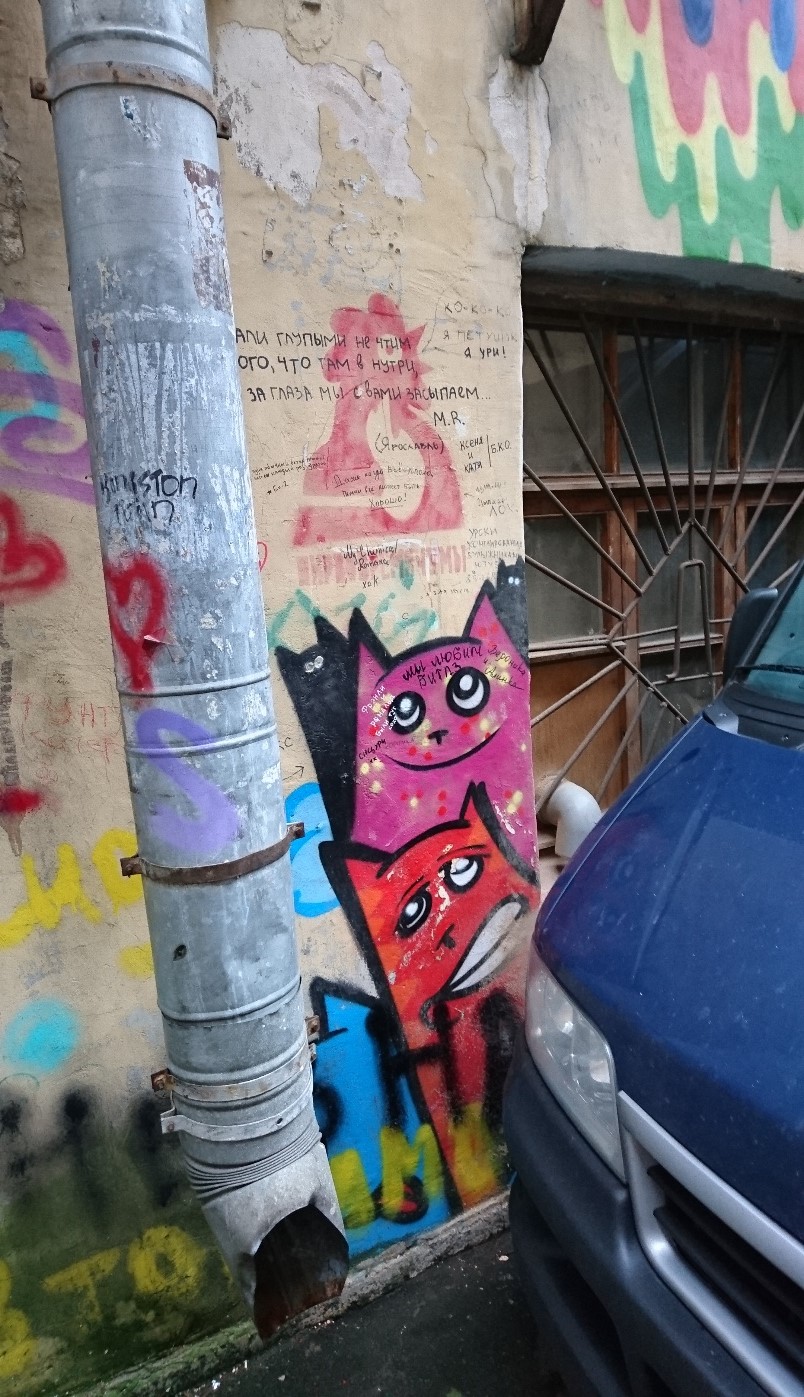 I`m not in any way an art aficionado, but think that I should be safe in borrowing the Art-centre`s own description and calling the art on display there experimental. Abstract figures, philosophical quotations, bizarre paintings and sculptures assembled from otherwise seemingly useless object were all present.

As a student of Russian language I feel one of the best exhibitions can be found of the walls of Hall B. There you will find masses and masses of poetry, written presumably by other guests, which are treasure trove of new vocabulary and phrases, not to mention puns. 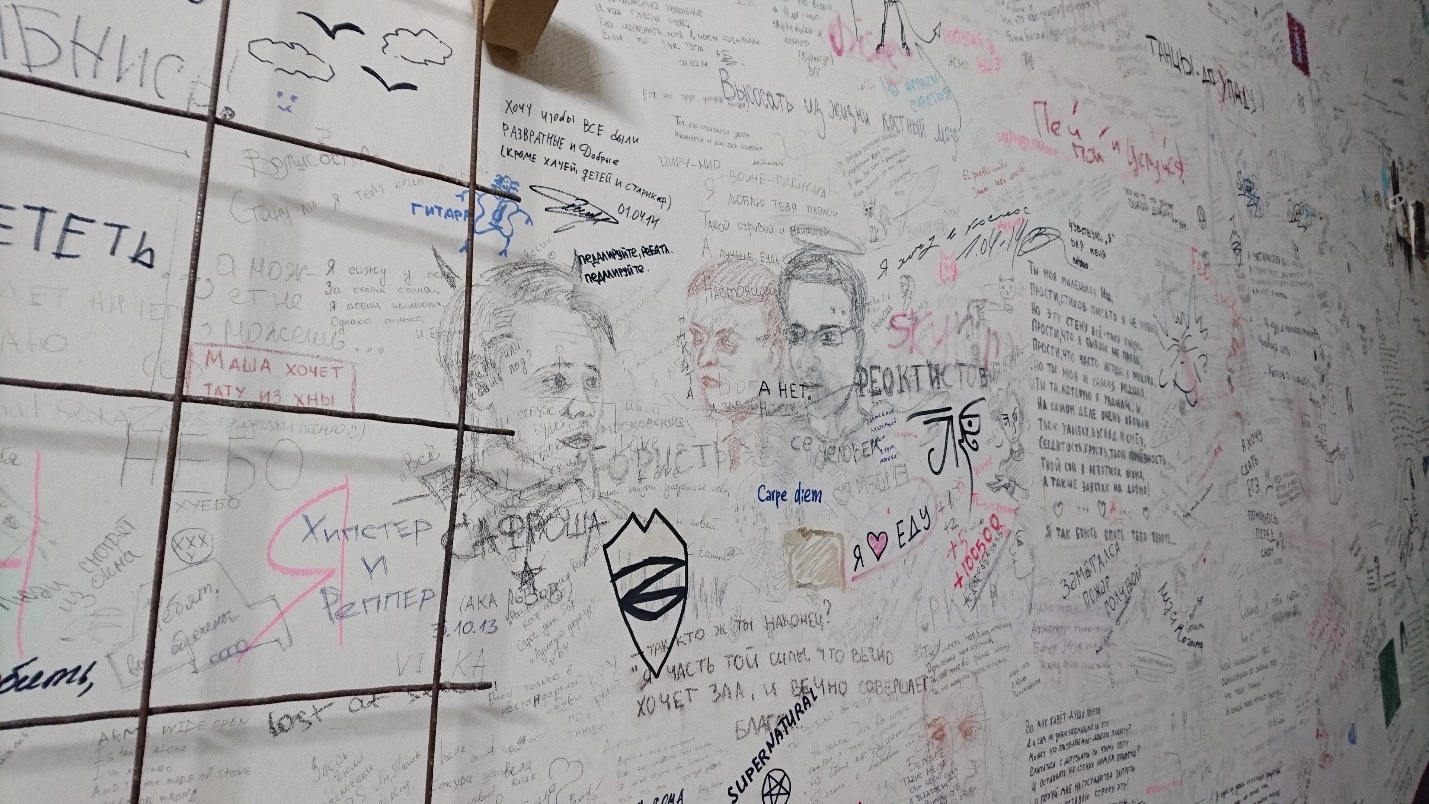 If you do plan on visiting don`t be fooled into taking the titles of the exhibits too literally. The museum of sound for example is merely a balcony from which to experience an exhibition of sounds naturally curated by the city itself.

I won`t spoil the surprise of Музей “дверь” however, that one you`ll have to see for yourself.