Russia might be the biggest country in the world, but surprisingly, the language with the most speakers in the world is Mandarin Chinese, with a whooping number of 918 million speakers! Spanish is second on the list, with 460 million speakers and English comes in third at 379 million! Impressive, huh?

In the grand scheme of things, the English Language is clearly not the most utilised language in the world, yet when it comes to picking up a second language as a skill, English is the the most popular language to learn as it is widely recognised as the international language for communication. Therefore, any individual who has a great command of the English language instantly has a competitive edge against someone who doesn’t speak the English language.

Here are a few reasons:

1. In Russia, there are only about 5% of people that speaks English, so if you’re keen on exploring Russia, it will be a good skill to have. 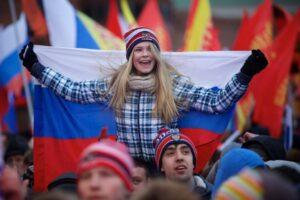 2. In this day and age, many individuals are bilingual, but learning Russian gives you a competitive edge at work, as not many people choose to learn Russian as a second language.

3. Speaking of competitive edge, Russia’s economy is heavily reliant on it’s abundance of natural resources, therefore it’s economy has not been affected much by the global financial crisis due to the pandemic. Russia also exports fuels to many countries. It is estimated that 50% of the natural gas used in Europe will be controlled by Russia by the year 2030.

4. The Russian Language may be used as a stepping stone to learning other Slavic Languages like Ukrainian, Belorussian, Bulgarian, Macedonian, Polish, Czech, and Slovak. These languages all use either the Cyrillic or Modified Latin alphabet. 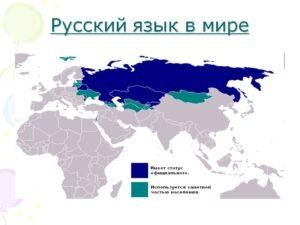 5. Do you know that Russian has been designated as a priority language and there are many federal agencies in need of Russian speakers in the US. So if you’re looking to work abroad and you already speak English, the FBI, CIA, FCC, and Homeland Security are hiring!