If you are fortunate to have visited St Petersburg during the summer you’ll notice 2 things. 1, the sun never really goes down all the way and it remains light for weeks, giving this period the name ‘White Nights’ (Белые ночи). And 2, there are many festivities one can attend as a result of this, such as Ballet at the Marinksy Theatre and Concert Hall or carnivals in the suburbs around St Petersburg. But perhaps the most famous festival of all during this time is The Scarlet Sails celebrationIf you are fortunate to have visited St

If you are fortunate to have visited St Petersburg during the summer you’ll notice 2 things. 1, the sun never really goes down all the way and it remains light for weeks, giving this period the name ‘White Nights’ (Белые ночи). And 2, there are many festivities one can attend as a result of this, such as Ballet at the Marinksy Theatre and Concert Hall or carnivals in the suburbs around St Petersburg. 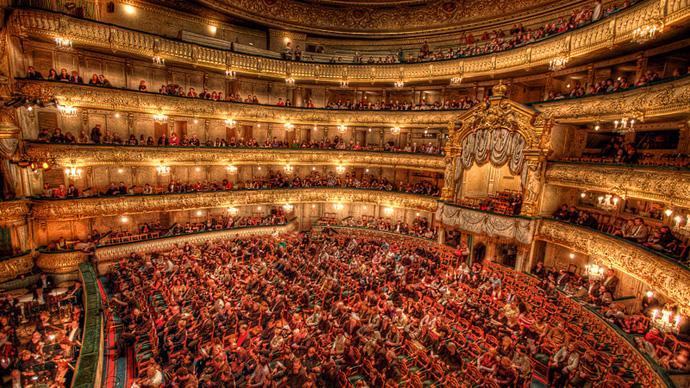 But perhaps the most famous festival of all during this time is The Scarlet Sails celebration (Алые паруса). This tradition is well known for its amazing fireworks displays, massive musical concerts and spectacular water based events that take place on the Neva River.  This festival began after the end of World War Two, when a few schools based in St Petersburg, (or as it was known then Leningrad) decided to celebrate the end of the school year. They took inspiration from Alexander Grin’s novel ‘Scarlet Sails’ and sailed a large frigate with red sails past the Winter Palace. Although they did not mean for it to become as such, it became the most popular public event to end the school year. It is said that it has evolved from its roots as a form of propaganda, into a large demonstration to show that they are now free from school and all the rules that came with it. In 2010, it is estimated 3 million people attended this festival! Along with the main event, right at the end, spectators are entertained with boat and rowing races, musical concerts of all types and a large scale pirate battle enactment. This battle signals the coming of the tall ship with the scarlet sails…

Like many visitors to St Petersburg, I was heavily advised to go and see the Scarlet Sails festival if I was able to. Thankfully, I had arrived just in time for this and arranged to go with a few friends to partake in what this great city had to offer. But being from other countries, we didn’t really know what to do. So prior to the whole event, we asked some locals what the best course of action to take was, in order to get the most out of the evening. Their advice to us was as follows:

1. Buy the tickets early on, do not forget this!

2. Arrive 4 or 5 hours before the main event in order to secure a spot somewhere near the front, (‘Don’t expect to find a good place’ one laughingly added).

3. If we wanted to drink, drink well before because the sale of alcohol is banned in the city centre during this festival! But also be careful as the police might stop you or kick you out! (We partied sober for this, just to be safe). 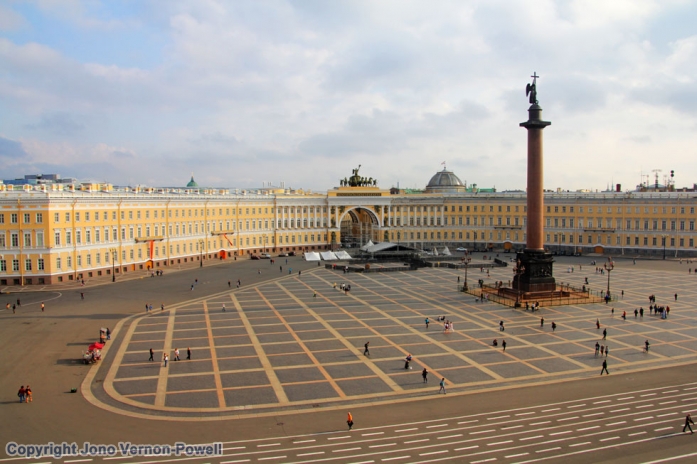 So after buying our tickets and queuing for the best part of an hour, we got through a very thorough security check and pressed on once more down Nevsky prospekt, which had been fully closed off for this festival. Arriving at Palace Square, located near the Hermitage Museum and the Winter Palace, we joined thousands of other people to watch musical performances by famous Russian artists. It was very strange as we didn’t really know who any of them were but the crowd was loving them. It didn’t take long though for us to get into the swing of things and began to properly enjoying the evening! We danced, tried to sing along (emphasis on tried) and talked to loads of students our age who were also interested to know how we were enjoying the party.

After some time, we decided to work our way out of the square and move to find a place for the fireworks and grand finale. We easily found a suitable spot just outside the Winter Palace, set up and began to wait for it all to kick off. An hour and a half flew by, and then the music began… Conducted in time with the music was one of the most fabulous fireworks displays I have ever seen. Like New Years Eve in London but longer! The light show going on underneath too was amazing, shining up through the smoke left behind from the fireworks. At some point, it even looked like the river was on fire! After 20 minutes or so, it appeared from behind a barge to our right… A beautiful, huge boat with the most gloriously scarlet sails. The combinations of fireworks, the colour of the sails and the uplifting music was awe inspiring. The last few fireworks were the biggest I think I’ve ever seen! On the way back, we stopped off once more at the concert, partied for a while longer then decided to call it a night. I say night, but it was 2am and still bright like 6pm! All in all, it was one of my favourite experiences abroad and i highly recommend if you find yourself in St Petersburg during the White Nights, go and see it.