Pull out your map of St Petersburg. Find the Derzhavin Institute and look slightly north west, just below where the Blagoveshchenskiy Bridge crosses the River Neva. Can you see the strange triangular shaped Island? That is Новая Голландия (New Holland).

Новая Голландия / New Holland
“Новая Голландия – это чудесный треугольный островок современной культуры.”
The decidedly geometrically shaped “New Holland” is an artificial island (turns out natural triangular islands are pretty rare) which was created in 1719, not too long after the founding of St. Petersburg itself. The island originally belonged to the Russian admiralty, which used it for a variety of different purposes over the years; first it was used as a minor shipyard, then warehouses were built on the island, and later a naval prison was added along with a basin that allowed the island to be used as a proving ground for new ships. After the revolution, despite sporadic use as a military barracks and a storage facility, New Holland fell into a state disrepair.  Fortunately the history of the island did not end there. Over the last couple of years the island has undergone a drastic transformation. New Holland’s buildings have been renovated and new facilities added to turn the island into a new cultural hub. 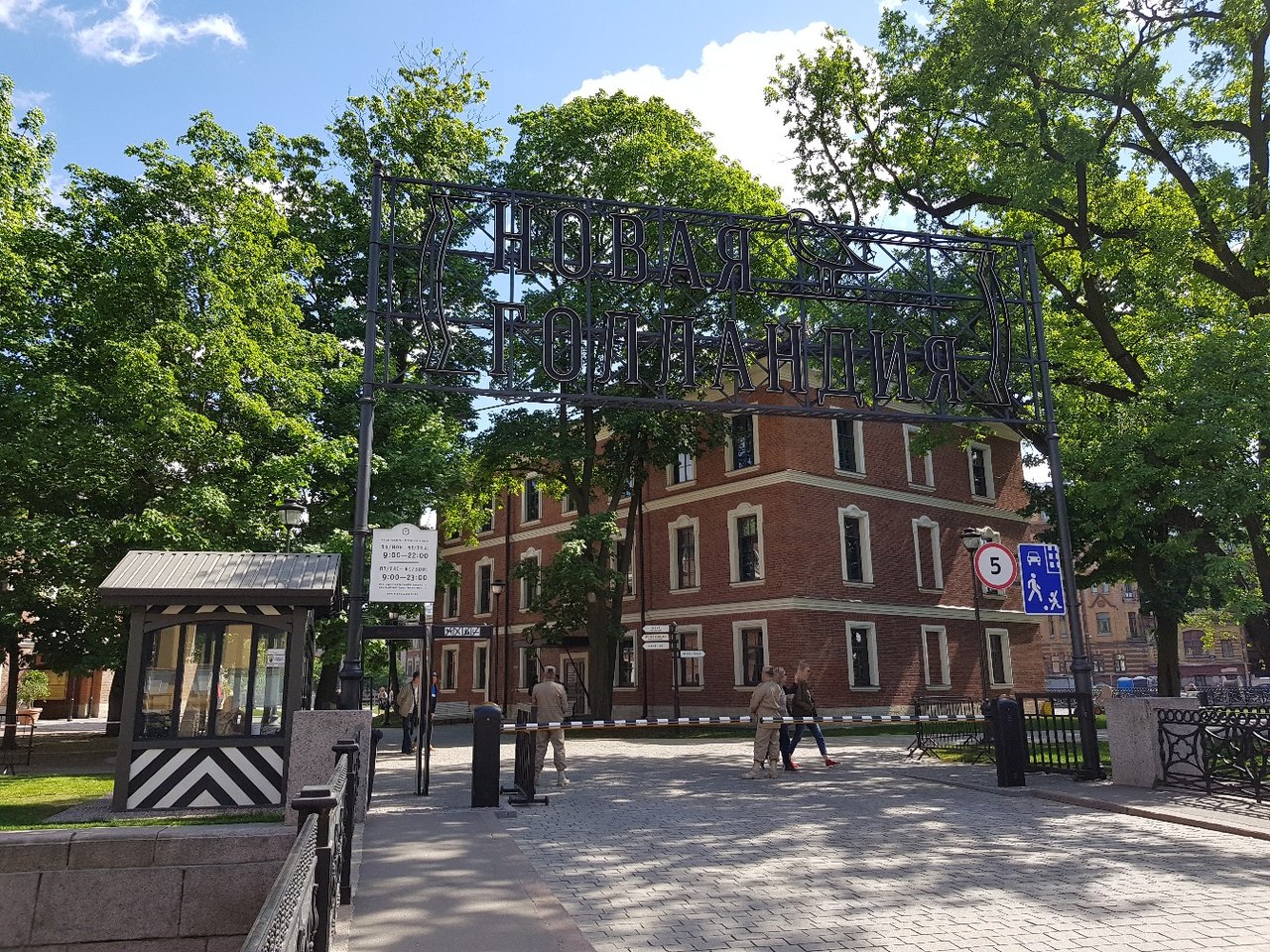 New Holland is renowned as a hotspot for amazing red brick architecture. The island’s most well-loved architectural element is the New Holland Arch, a beautiful neoclassical construction made from brick and red granite. Beyond the gate, which is not really is use any more, there are plenty of amazing, active buildings on island and more are being renovated all the time.
Right next to the entrance to New Holland is the Commandant’s House. Despite being the last building to be built on the island, the Commandant’s House has gained official recognition as a unique architectural monument. The building currently houses the “Mayak” school of creative industries, which gives children from 5 to 17 years old the chance to try their hand at different creative pursuits. 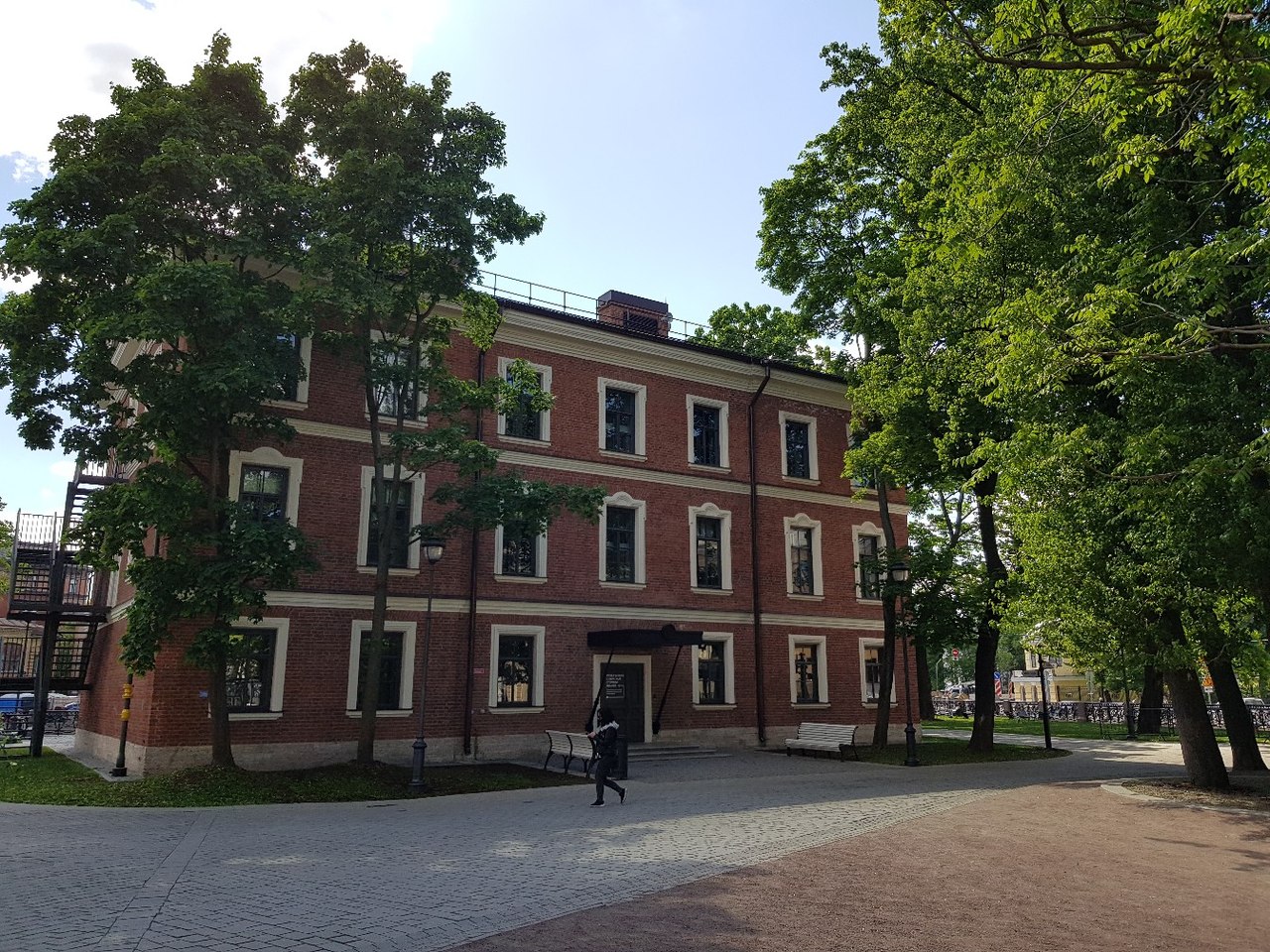 A little way down from the Commandant’s House is the largest building on New Holland, which is known as “Бутилка” (the Bottle). It is a huge, round, red-brick building with an open courtyard in the centre. In this courtyard you’ll find a circular stage where different musicians and other artists regularly perform. On the ground floor of the building you’ll find a wide variety of restaurants; Italian, Israeli, Japanese, Vietnamese, Mexican, there’s something here for everyone. If you consider yourself a bit of a горманд (food lover), then it’s a place that’s definitely worth checking out. The upper floors of the bottle are filled with shops and studios. Among these you’ll find independent clothes shops, booksellers, hairdressers, a comic book shop, a cycling studio, and even a boxing club. 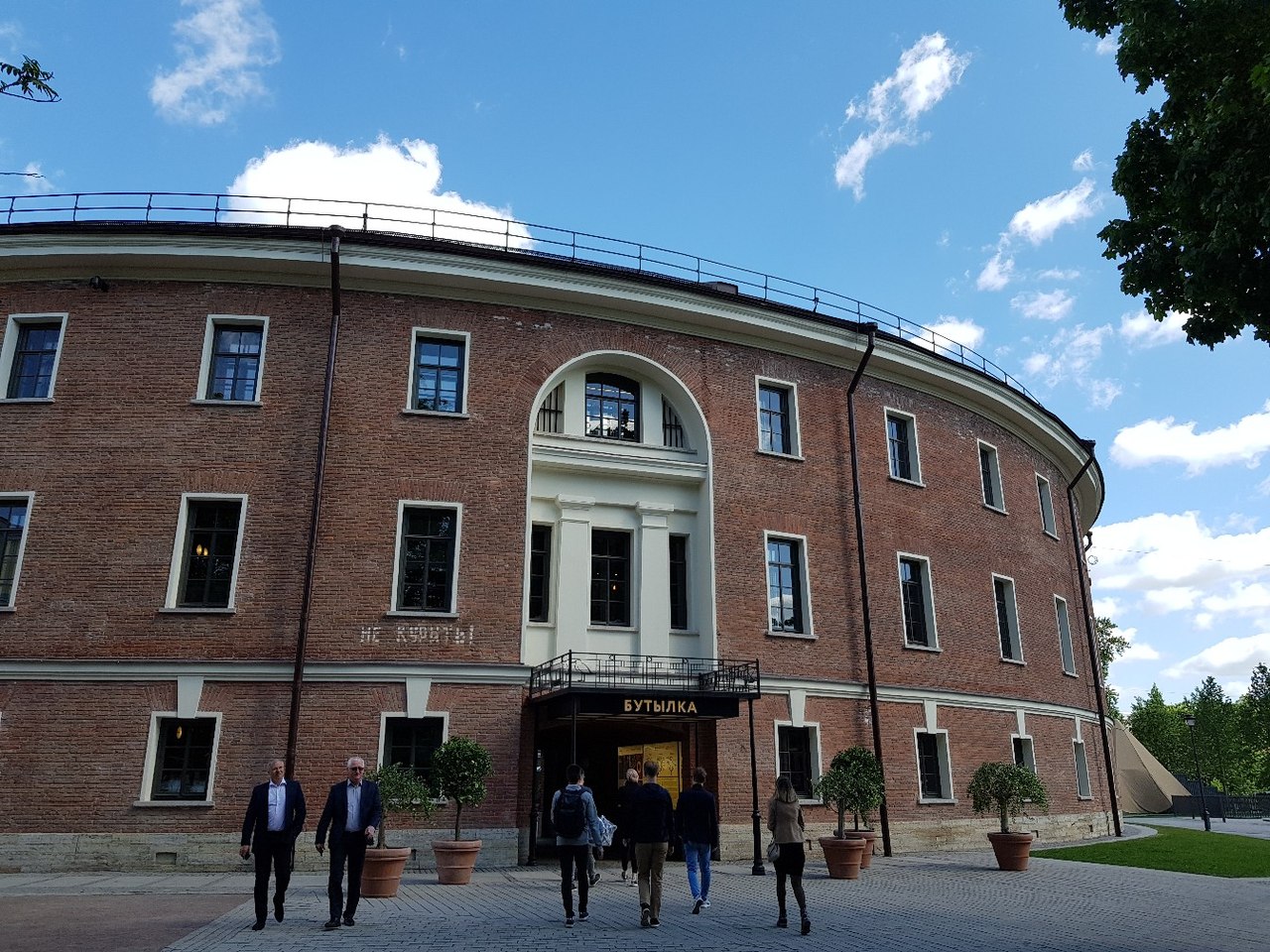 Should the selection of food on offer in the Bottle not be enough for you, you should check out “Кузня” (the blacksmith’s). In this building you’ll find the club and restaurant “Kuznya House”. Despite it’s designation as a club and restaurant, Kuznya House advertises itself almost as if it were more of a co-working space. The restaurant’s page on the New Holland site describes it as the social and cultural heart of the island, as a place where it is “possible to spent time almost 24/7: organise meetings, talk, work, listen to music, and, of course, eat and drink.” Beyond the buildings there’s much to do outdoors on New Holland.  You’ll find of plenty of nice places to sit and relax all across the island and there are also ice cream stands along its main alleyway, so if you need some help cooling down in the summer heat, then you’ll know where to go. In the centre of the island is a huge lawn with a stage at the one end. During the summer months open air concerts are held here, whilst during the winter a public ice rink is built over the lawn. On the side of the lawn nearest to Kuznya House there’s a stylish herb garden and on the other side nearer to the stage you’ll find the old proving ground basin and a children’s playground shaped like a galleon. 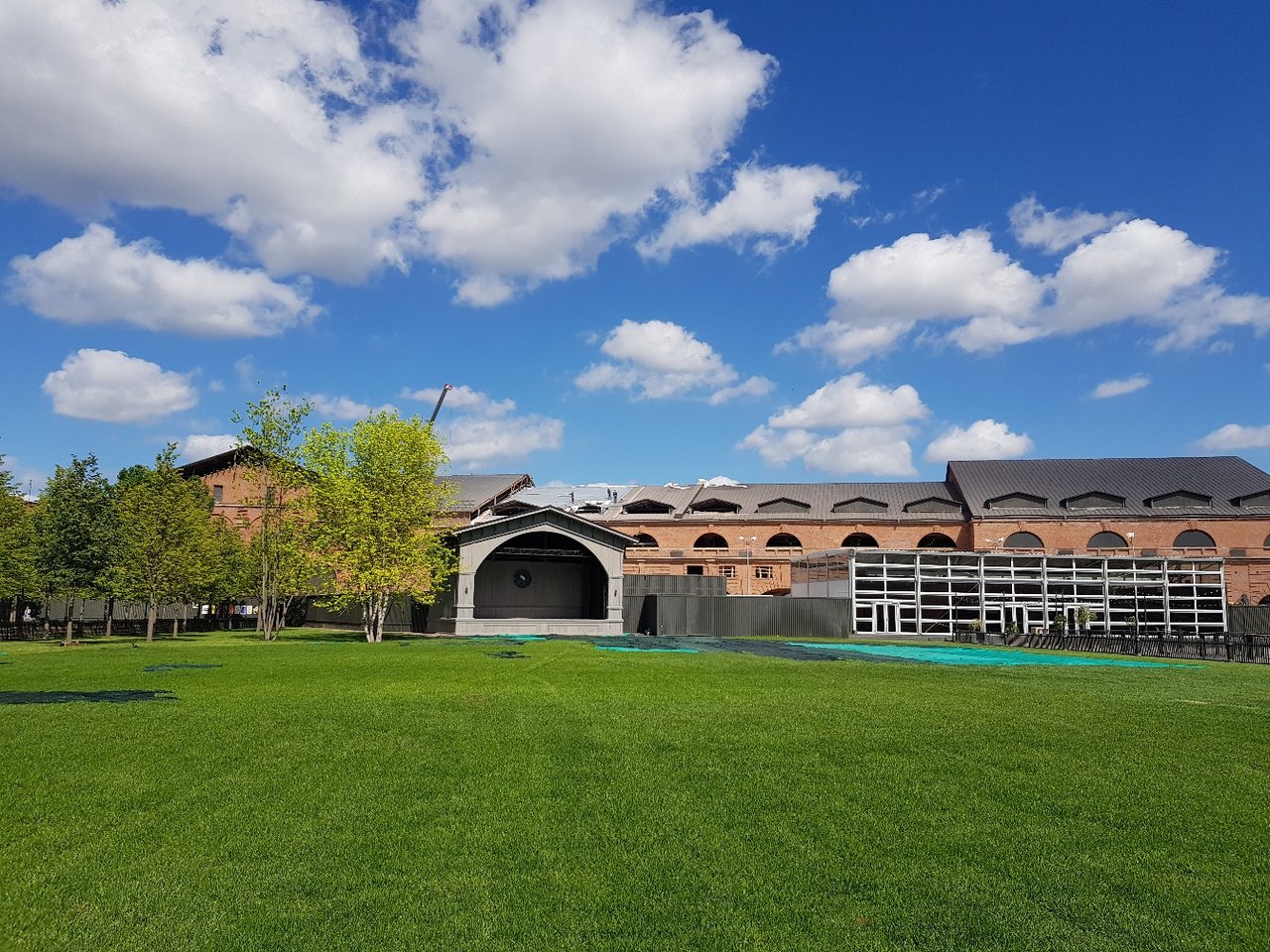 All throughout the year different events take place on the island’s territory. Beyond the aforementioned concerts, you’ll also be able to enjoy yoga classes, lectures, outdoor bowls and chess games, and much more. You can find a full list of events here http://www.newhollandsp.ru/events/all-events/.
If you’re a fan of good food, good architecture, or open spaces, or if you enjoy visiting the trendiest places in St Pete’s, then New Holland is definitely worth a moment of your time. The island is open 09:00-22:00 Mon-Thu and 09:00-23:00 Fri-Sun (last entrance 30 mins before closing). You can find the bridge over to the Island’s entrance on Haberezhnaya Admiral’teiskogo Kanala.