Cinema has always been an important aspect of Russian culture. Lenin is said to have asserted that, of all the art forms, the most important of all was that of cinema («… вы должны твердо помнить, что из всех искусств для нас важнейшим является кино»).

Cinema has always been an important aspect of Russian culture. Lenin is said to have asserted that, of all the art forms, the most important of all was that of cinema («… вы должны твердо помнить, что из всех искусств для нас важнейшим является кино»).

The Day of Russian Cinema (День российского кино) falls every year on the 27th of August. On this very day in 1919, Vladimir Lenin signed a decree that declared the nationalisation of the country’s cinematic and photographic industries. In 1979 – 60 years after this event -, the day was declared a national holiday; from then on, the ‘Day of Soviet Cinema’ (the name, of course, changed after the collapse of the USSR in 1991) would be celebrated every year on the 27th of August.

If you’re looking to improve your Russian and also want to find out more about Russian and Soviet culture, then watching a Russian film is the perfect way to do this! There are countless films that you could watch and several genres and time periods to choose from. To inspire you, here is a list of six films that might take your fancy: 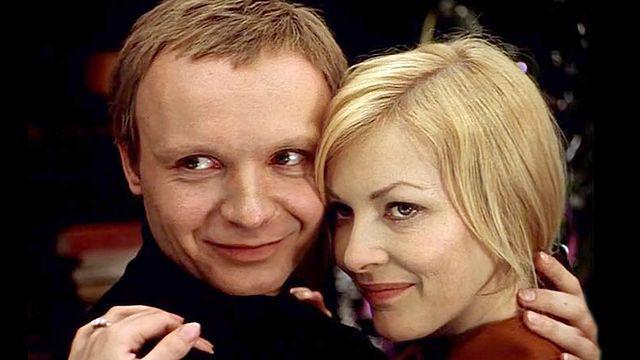 Beware of going with your friends to the Banya on New Year’s Eve and getting too drunk! This hit film – often watched at New Year – follows the trials and tribulations of Muscovite Evgenii Lukashin who, on New Years Eve, gets drunk and accidently ends up in the wrong apartment (and in the wrong city)! The film contains a faint undertone of social criticism: it opens with a cartoon that explains how, during the Brezhnev era, the design and construction of public buildings was so banally uniform that one could, in theory, go to another city and find a replica of their own apartment (as Lukashin himself finds out). A mixture of comedy and romance, this film will be sure to make you smile and to get you in the festive spirit!

If you’re a fan of crime films, then you’ll love this popular 90’s gangster film. The film follows the actions of Danila (played by Sergei Bodrov Jr.), a young ex-army man who, at the instruction of his mother, goes to St. Petersburg to be with his brother. There, Danila finds himself caught up in the actions of his brother and, very quickly, he is forced to battle against gangsters and hitmen.

Bodrov Jr. effortlessly captures your gaze for the duration of the film, and the overall aesthetic of the setting, clothing and music gives you a vivid impression of the 1990’s in Russia (whether such a portrayal is accurate, is up for debate…). If, by the end of the film, you’re left wanting more, then fear not – a sequel to the film (‘Brother 2’//’Брат 2’) exists!

This romcom is often watched on International Women’s Day (8th March), perhaps because the lead role is dominated, unusually, by a woman. Set in Moscow in the late 1970s, the film tells the story of Ludmila Kalugina – a strong and serious woman who works as the head of a statistical bureau – and her relationship with a subordinate in the company – Anatoly Novoseltsev. A lot of the comedy stems from the film’s use of language and play on words, which means that this is a film best watched when your Russian is at a substantially high level.

Based on a play by Bulgakov, this film was a huge box office hit when it came out in the USSR in 1973, with approximately 60 million tickets sold that year. The premise of the film is comically absurd: an inventor in Moscow creates a time machine that accidentally transports his apartment building’s superintendent (Ivan Vasilievich) and another man back to the time of Ivan the Terrible, whilst bringing the Tsar himself into the 1970’s. What follows is a series of farcical scenes and mixups, as the group of men attempt to rectify their mistake and return everyone to their correct places. You’ll be surprised by how much this film makes you laugh!

This masterpiece by Mikhalkov – which won the Academy Award for ‘Best Foreign Language Film’ in 1994 – addresses an inconceivably tragic period of history: the Stalinist purges of the 1930s (or ‘The Great Terror’, as it is also known). Set in 1936 in an unnamed Russian village, the film follows Old Bolshevik General Kotov and his family. When a face from their past arrives unexpectedly, secrets from the past come to light, leading to tragic consequences for the Kotovs. The film not only gives you a good introduction to the period of the Stalinist Purges, but it also presents you with a vivid portrayal of Soviet country life in the 20th century. Your gaze will also, no doubt, be drawn to the excellent acting by six-year-old Nadezhda Mikhalkova, who, interestingly, is the child of the director, Mikhalkov, himself.

This comedy film by Gaidai very quickly became a cult film after its release in 1969. In the year of its release, 76 million tickets were sold, making it the biggest ever hit in Soviet film history. The farcical plot of the film is actually based on a true story about Swiss smugglers who attempted to transport jewels by concealing them in a plaster cast. In the film, Semyon Gorbunkov – your typical ‘ordinary Soviet citizen’ – is mistaken for a courier by the smugglers’ accomplices, and he ends up having the jewels placed on him, rather than on the actual courier. The rest of the film follows his attempts to right this wrong and the smugglers’ attempts to get the jewels back.

So, if you’re wondering how to celebrate this year’s ‘Day of Russian Cinema’, we recommend spending a portion of the day watching a Russian film – it’s an easy and fun way to improve your Russian!